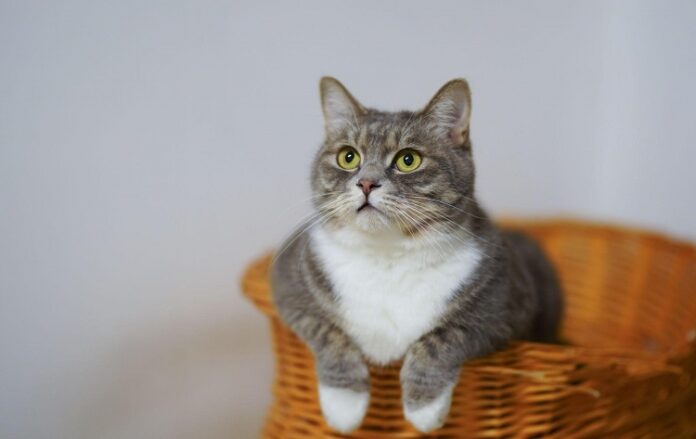 There’s a plethora of myths and superstitions surrounding cat’s history and present existence. Most rumors have been easily debunked over the years, especially older superstitions around bad luck. But not all the myths have been found false, so The Refined Feline has the info on what’s true and what’s false.

One more recent myth that has pregnant women worried is that they shouldn’t be living with felines. This myth began as it centers around the cat’s litter box. The myth is during your pregnancy, if you’re scooping their boxes, your child may be prone to birth defects. Toxoplasma gondii, a common parasite found in cat feces, is what can cause these birth defects. Although it isn’t ideal if pregnant individuals ingest this parasite after scooping the litter box, it can be heavily avoided.

So it may not be a myth per se, but stating that a pregnant woman shouldn’t live with a cat is rather extreme. If you’re following basic sanitary conditions, then it is quite difficult to even come into contact with the parasite. A pregnant woman can wear gloves while scooping, or thoroughly washes her hands afterwards, the risk is significantly reduced. And you can always have another individual in the house scoop the litter boxes to eliminate the risks completely.

Many individuals have been under the impression that declawing is a quick way to avoid ruined furniture or skin. But the declawing surgery is not as simple or painless as it’s made out to sound. Declawing is more involved than removing the nails from a cat’s paw, as they are retractable. This means removing their nails also requires removing part of their toes as well. This would be like the equivalent of humans losing their first knuckle! And after the surgery is done, it can often leave bone fragments behind. These shards can make an already intense surgery even more painful during and after healing.

Cat’s can develop behavior issues as their paws may become more sensitive. The most common issue is inappropriate urination, as the litter can be too rough and hard for their sensitive paws. Declawing isn’t the only option out there, as many other alternatives will leave you and your feline much happier. There are adhesive tapes you can apply to furniture, as well as trimming your cat’s nails close, and using natural pheromones. Providing enough appropriate scratching surfaces will also give your cat plenty of options, eliminating your furniture completely.

This may be less of a myth and more of a misconception. For many years, cow’s milk has been a go-to in lieu of a species’ natural milk, and people would give it to orphaned or stray kittens regularly. Just like other species though, cats have adapted to drinking only their own species’ milk during growth. Once they get older, cats will actually develop a milk intolerance. It isn’t recommended to give cats some cow’s milk in adulthood, as it can cause vomiting and diarrhea. Cat you believe they’re lactose intolerant?

It’s been natural for many years to believe a purring cat is content, but more recent discoveries have unearthed something else. And some cat owners discovering their purring cat in a less than content situation may have been onto the same conclusion. This is due to recent research finding that a cat’s purr is actually therapeutic, even on a healing wavelength. So it explains why cats will purr when they’re happy, but also when they’re stressed or in pain. Furreal!

They may be using their purr as a means of healing rather than contentment. There are differences between a good purr and a bad purr, which you can discern. The easiest way to know is by looking at your kitty’s body language and strengthening your relationship with your cat. If they’re peaceful and asking for attention while purring, your cat is most likely feeling frisky and fine. If they’re hiding and reluctant to interact or move while purring, this could be a sign that something is wrong. Most purring during distress is a rare occurrence, though, and the majority of the time your purring feline is happy and healthy!

Most cat owners have probably witnessed their cat not gracefully landing on their feet. And while most cats do land effortlessly, it’s not always a guarantee as this action depends on other factors. Cats have ample turning capabilities while landing, with their flexible spine and quick reflexes. Other factors can slow a cat’s response time enough that they can’t quite stick the landing, like age, arthritis, and more. Cats can injure themselves from these falls, however, so be sure to keep an eye on your kitty. If they aren’t maintaining their balance very well, you may have to give them a hand to ensure their safety

You may want to let your female cat have a litter of kittens before having her spayed. Or you want to experience the joy of feline childbirth, but there are reasons to avoid this. Pet overpopulation is a serious matter as there are too many animals for the current number of homes. The kittens born from these first litters need homes, which will cut the number of cats adopted from shelters. The kittens may even end up in these shelters too, increasing the overall number of pets needing homes. It doesn’t help that cats can get pregnant very early, as young as four months old. Nursing mothers can get pregnant again even while their current litter is unweaned! For these important reasons, it’s wise to spay your female cat as soon as you can, and keep her indoors until then.

Figuring out the ratio for human years to cat years has changed almost constantly. The original equivalent was seven cat years being equal to one human year, but it’s actually been increased again. Yay to more time with our felines! It is now thought that one human year is equal to about 16 years in a cat. A kitten grows through their childhood years by the time they reach one year old. Since they are technically fully grown and an adult at one year old, their second year adds about 9-10 years to their age. Every year after that is thought to be equal to about 4-5 years. Many cats will reach their 20s, and there are some instances of cats making it to 30 years!

This is a highly precarious myth started more recently as people are seeking healthier food choices for themselves. But for cats, being vegan is not an option by any means. Cats have to eat meat in order to get the proper nutrients they need, like taurine, so they are obligate carnivores. Omnivores, like us humans, can eat a multitude of food and still get the nutrients they need. Cats, though, absolutely need meat in their diet, no matter what. Otherwise they can develop serious health issues without it. So, make sure to feed your furry felines their purr-otein!

Cats require daily exercise to be at their optimal health, even if they all have varying activity levels. The overall amount of playtime will be different depending on your cat’s age, health, and other factors. Ideally, if your cat is younger or more playful, they should get about an hour of playtime every day. This play is best if it’s split up throughout the day to give your cat a chance to rest. Cats usually expel all their energy in short bursts, so playing for 15 minutes at a time is best. Older or larger felines may need some incentives to get up and move around. They should also have shorter time frames since they may have underlying health conditions. Mental stimulation is just as important too, so utilize food puzzles for meal times to keep their brain working.

It may feel like your cat is constantly zooming around the house at 3 AM. But actually, most of their natural hunting doesn’t happen in the pitch dark. Cats naturally hunt around dusk and dawn when their eyesight is at its best, also known as crepuscular. Cats will definitely be playful all day long, though, so when they start running around, break out the toys! Getting all that excess energy out during the day can help ensure quieter nighttime with your kitty too.

Which of these myths did you already know were debunked?

Which Dog Breed Is Best For Families

Heartworm, How It Affects Your Pet: Symptoms of It